"Many American poets read Irish poetry naively": so begins, provocatively, Edna Longley’s talk "Irish Bards and American Audiences", published in 2000. One of Longley’s central claims is that the long-term consequences of the Irish Revival have meant that Americans in particular have set up a "global fan-club" for Irish literature, which risks homogenising and sanitising Ireland's literary output, and leads to a reciprocal state of "Hiberno-American blandness". She also suggests, pithily, that "Irish America" is an "East Coast construct", implying that not only the phrase itself, but also the (cultural, ethnic and geographical) assumptions behind the phrase need serious examination.

Much has changed, historically and politically, since Longley published her essay; indeed, as Ellen McWilliams and Tony Murray point out in a recent issue of the Irish Studies Review (2018): "[l]ike each new phase of Irish immigration, the one that began with the financial crash of 2008 has prompted new evaluations of not just the social and economic nature of the Irish diaspora, but of what it means to be Irish". Such changes have prompted, in turn, re-evaluations of Irish and "Irish-American" literary identities. To what extent do Irish (and Irish-American) writers still risk writing for a "global fan-club", and what does this mean for writers whose work avoids the Irish-American clichés of nostalgia, immigration and transatlantic travel? The talk will cover a range of writing by Irish and Irish-American poets, prose-writers and dramatists, writing in the past 20 years – including Michael Donaghy, Colm Toíbín, Susan Howe, and Martin McDonagh – to consider how such works negotiate the delicate balance between cultural credibility and artistic independence.

Tara Stubbs is Associate Professor in English Literature and the Department for Continuing Education, Oxford, UK, and the Dean of Kellogg College Oxford. She is the author of a range of articles and chapters on Irish literature, American modernist poetry, and Irish-American poetics. Her first monograph was American Literature and Irish Culture, 1910–1955: the politics of enchantment (Manchester UP, 2013); and she co-edited, with Doug Haynes, Navigating the Transnational in Modern American Literature and Culture (Routledge, 2017). Her second monograph, The Modern Irish Sonnet: Revision and Rebellion, was published by Palgrave Macmillan in October 2020. Tara is also the Book Reviews editor of International Yeats Studies, and was Academic Programme Director of the Rothermere American Institute, Oxford, between 2017 and 2020.

Registration:
If you are interested in participating in this online event, please sign up by sending an email with the subject line “STUBBS” to irishstudies@uni-wuerzburg.de by December 7, 2020. Please include your full name, affiliation or address, and a phone number.

Please note that the above given email address is used solely for registration purposes. If you want to contact ISWÜ, please use the contact information given below. 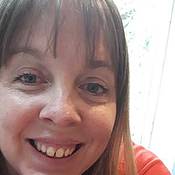