An Introduction to CELT: The Free Digital Humanities Resource for Irish History, Literature and Politics

CELT is the world’s largest online site for Irish Studies source material at University College Cork in Ireland. The guest lecture will offer an introduction to the CELT website and consist of three twenty minute talks followed by questions and answers. It will explain the CELT website and how it can be used to build research projects.

Part 1
A general introduction to the range of sources on CELT dealing with literature, politics and history from the earliest times to the twentieth century by Hiram Morgan, Director of CELT & senior lecturer in early modern Irish history

Part 2
Information on the encoding, construction and layout of the website by Beatrix Faerber, Manager of the CELT project

Part 3
A case-study presentation as example - Irish saints in the Germanic lands by Damian Bracken, Director of ArCH and senior lecturer in medieval Irish history

Hiram Morgan (born in Belfast in 1960) was educated at St Patrick's College Knock, 1971-78 and studied BA to PhD at Cambridge, 1979-87. He held various research fellowships and posts from '88 to '96 and has been lecturing in History at UCC since 1996. He has authored Tyrone's Rebellion, published by the Royal Historical Society (1993) and edited Political Ideology in Ireland (1999), Information and Media Through the Ages (2001) and the Battle of Kinsale (2004). He co-authored with John Barry Great Deeds in Ireland (2013) and worked with Dorothy Convery on Ireland 1518 (2015). He has contributed many peer-reviewed articles and was co-founder of History Ireland, Ireland's popular history magazine. He has been a principal investigator on several local, national and international projects and is currently head of CELT, the world's largest website for Irish Studies which is hosted by the School of History at Cork.

Beatrix Faerber studied Celtic Philology and Linguistics, incl. Historical Linguistics in Bonn with Karl Horst Schmidt and worked for several years in technical, educational and games software localization. She specialized in non-technical language to open up technical content to 'non-technical' users, copy-editing, terminology and quality control, customizing glossaries. She tested software for major vendors, used TMs, and CAT. In 2000 she joined the Corpus of Electronic Texts at UCC. Since then she has been Manager and Editor of a TEI-XML encoded corpus of multilingual documents: Irish of all periods, English, Latin, German. She received an MPhil in History in 2013 with a thesis on Keating's Foras Feasa ar Éirinn in Manuscripts, Print, and Electronic Edition. She is currently pursuing a PhD on two independent Irish translations of Bernard de Gordon's medical treatise De Decem Ingeniis.

Damian Bracken examined Latin and Latin influenced elements of early Irish vernacular law in his PhD, completed in 1994, and his research has focused on Hiberno-Latin literature, especially on the works of St Columbanus, the earliest Irish writer to leave an identifiable corpus of writings, and the first to explore Irish identity. He is interested particularly in exploring Columbanus’s works in the context of late antique and early medieval ideals of authority and concepts of orthodoxy. He has taught in the School of History, UCC, and spent periods teaching in the Department of History, Boston University, and in the Department of History, Boston College, where he held the Brian P. Burns Chair in Irish Studies. He jointly edited Ireland and Europe in the Twelfth Century: Reform and Renewal (Dublin 2006) and the commentary volume that accompanies the facsimile of the Schaffhausen Adomnán, recently published as the first volume in the series Irish Manuscripts in Facsimile.

Registration:
If you are interested in participating in this online event, please sign up by sending an email with the subject line “CELT” to irishstudies@uni-wuerzburg.de by November 24, 2020. Please include your full name, affiliation or address, and a phone number.

Please note that the above given email address is used solely for registration purposes. If you want to contact ISWÜ, please use the contact information given below. 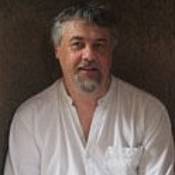 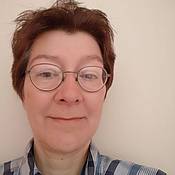 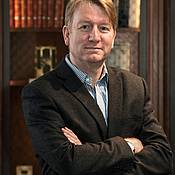